4 replies to this topic

I see on the Orion Alpha launcher there are tabs for 'My Games' and 'My Account'. While I'm all for getting Hover on Steam, I was wondering what the original plan for these tabs were. Maybe (just maybe) as a perk for using Fusty's Orion launcher to play Hover, somewhere down the line Fusty could release Super Commodore Holy Tank Soccer Deluxe inside Orion. It is the only Fusty game (that I know of) that I've yet to play. I would love to see Fusty's roots. I know this is not a priority whatsoever, but it might be a fun addition after the Beta or the official release. Anyone else interested in playing Super Commodore Holy Tank Deluxe?

Super Commodore Holy Tank Soccer Deluxe will probably be "in" Hover as an playable easter egg (in the Resistance headquarter, there will be arcade cabinets

So cool it needed to be underlined

As far as I know, the Orion Client has something to do with Midgar Studio. I don't know about their plan for it and since they seem to make a game i have absolutely no interest in whatsoever, I'll probably never find out.

I don't know Pierros involvement with them, but he seemed to be quite comfortable around the Midgar guys.. 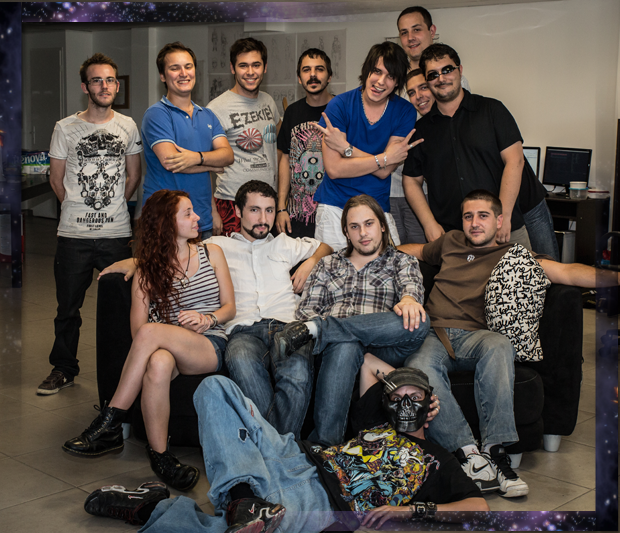 Pierre is been taking himself for a double agent !

Super Commodore Holy Tank Soccer Deluxe will probably be "in" Hover as an playable easter egg (in the Resistance headquarter, there will be arcade cabinets

This is so good to hear. I actually was gonna suggest that after I saw the wormy work displays.